Jim Jump reviews ‘Poems from Prison and Life’ by Marcos Ana, translated by David Duncombe (Smokestack Books, 2021). Jump is the Chair of the IBMT. This piece was originally published in ¡No Pasaran! 1-2022 which is available to read online here. 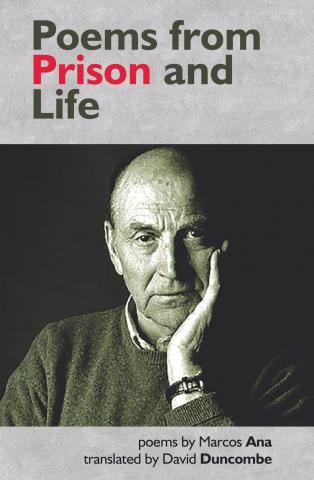 Marcos Ana (1920-2016) was one of Spain’s longest-serving political prisoners. He spent 23 years in Franco’s gaols, many of them in solitary confinement. During that time he became a poet, and his poems were smuggled out of prison by fellow inmates who memorised them before their release and by sympathetic guards. The Francoist authorities were dumbfounded when his first collection of poems was published abroad in 1960 while Ana was still a prisoner.

Poetry specialists Smokestack Books are to be commended for producing this bilingual version of an anthology that was published 10 years ago in Spain. It shares the same title as the original, ‘Poemas de la prisión y la vida’, and the poems have been newly translated by English poet David Duncombe.

This is not the first time some of Ana’s works have appeared in Britain. Appeal for Amnesty in Spain (AAS) published ‘From Brugos Jail’, with poems by Ana and illustrations by Agustín Ibarrola, soon after the poet’s release at the end of 1961. It contained one of his best-known poems, ‘Life?’ (below), which begins with the memorable line ‘Tell me what a tree is like’.

AAS, which was later to become Amnesty International, was one of the organisations that mustered considerable worldwide support to demand Ana’s freedom, with backing from luminaries such as Vera Brittain and Henry Moore in Britain, and Rafael Alberti, Joan Baez, Yves Montand, Pablo Neruda, Picasso and Jean-Paul Sartre internationally. AAS also hosted a month-long visit by Ana to London in 1962 to highlight the plight of Spanish political prisoners. 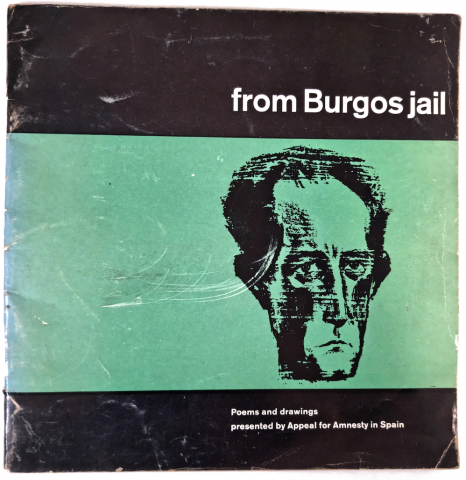 Ilustrations by Basque artist Agustín Ibarolla in ‘From Burgos Jail’ (1964). Ibarolla himself was imprisoned and tortured for organising an art exhibition celebrating the Spanish people’s struggle at the time of the 1962 miners’ strike in Asturias.

Ana was born Fernando Macarro Castillo in a village near Salamanca, where his parents were illiterate farm workers. In 1938 he joined the socialist youth and then the JSU, the union of young socialists and communists, around the time his father was killed by Nazi bombers. He enlisted with a militia unit and fought early on in the war. Then at 17 he became a political commissar in the Spanish Republic’s 8th Division on the Madrid front. After the defeat of the Republican forces in 1939, he was captured near Alicante by Italian troops.

He moved from one gaol to another, suffering torture and beatings. Accused of trumped-up charges, he was given several sentences of death, commuted to decades of imprisonment, at one time over 70 years.

Prison, however, became his university. He met other gaoled poets and writers, such as Antonio Buero Vallejo, read the classics of Spanish literature, Quevedo, Lope de Vega and Cervantes, and even the smuggled works of banned poets Miguel Hernández and García Lorca. He began writing poetry 12 years into his prison ordeal, using the first names of his parents, Marcos and Ana, as a pseudonym in order to avoid identification. He wrote his poems ‘in the depth of night, by the poor light of a peculiar lamp, assembled from an old inkwell, a little alcohol that I smuggled from the sick bay and a wick plaited from the lace of an espadrille.’

Ana was 42 when he was eventually released. He maintained his communist beliefs for the rest of his life and travelled and campaigned extensively, founding the Centre for Information and Solidarity with Spain to continue the struggle against Franco. He settled in Paris, not returning to Spain until 1976, the year after the Caudillo’s death, and said: ‘I never wanted revenge. The only revenge I want is the triumph of our ideas.’

Tell me the song of the river

when the birds flock above.

Talk to me about the sea, talk to me

of the scent that fills the countryside,

of the stars, of the air.

Outline a horizon for me

without a lock and without key

Tell me what a woman’s kiss

for Love: I can’t recall it.

Are the nights still perfumed

with passion beneath the moon?

Or is this pit all that remains,

the light from a keyhole

and the singing from my flagstones?

the dimensions of things,

their colour, their smell…I grope

I say ‘forest’ but have lost

the design of a tree.

I talk, for the sake of it, about matters

and the years erased from me.

the footsteps of the guard.