The contribution of Irish volunteers in the Spanish Civil War, fighting for democracy and against fascism, was recalled and celebrated at the Jim Connell Festival, held on the weekend of 20-22 May in Kells, County Meath. 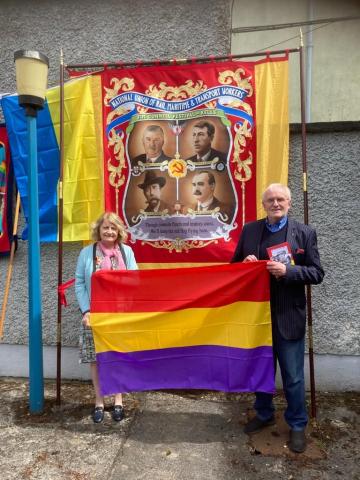 Brenda O’Riordan and Liam Cahill at the Jim Connell Festival.

Historian and writer Liam Cahill gave a talk based on his recently published book ‘From Suir to Jarama: Mossie Quinlan’s Life and Legacy’. A highlight of the event was Brenda O’Riordan (daughter of the renowned Irish International Brigader – Michael O'Riordan – and sister of the late Manus, the IBMT’s Ireland Secretary and an authority on the Irish Brigaders) recalling her memories of Michael and her mother, Kay Keohane O’Riordan. 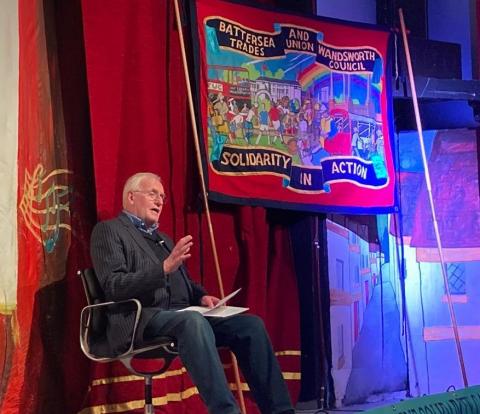 Liam Cahill speaking about his book ‘From Suir to Jarama’.

Jim Connell – who wrote the workers’ anthem ‘The Red Flag’ – was born in the village of Crossakiel, near Kells.  From his teenage years, he was a Fenian and a committed advocate of workers’ rights in Ireland and after he emigrated to Britain. Comrades from Britain as well as Ireland attended the 24th annual festival.